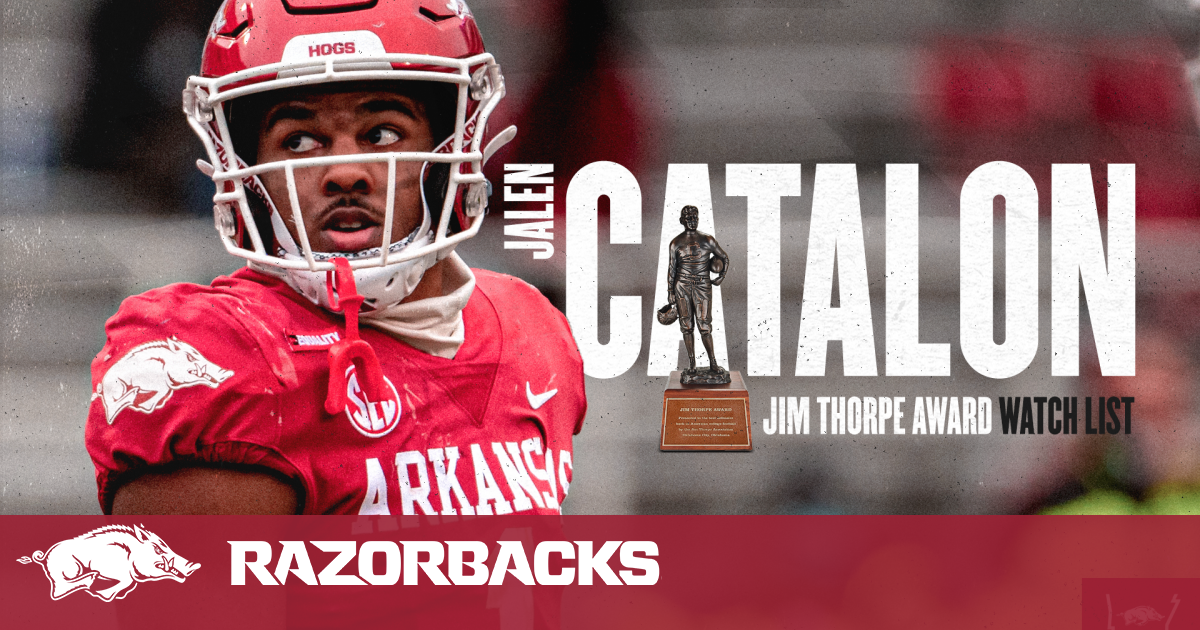 FAYETTEVILLE, Ark. – Arkansas redshirt sophomore defensive again Jalen Catalon picked up one other preseason honor, as he has been named to the Jim Thorpe Award Preseason Watch Checklist.

Catalon, who already earned Preseason All-SEC and Bednarik Award Watch Checklist recognition this yr, logged 99 tackles, 2.0 tackles for loss, three interceptions, 4 passes damaged up, one fumble restoration and two compelled fumbles as a redshirt freshman final yr. His 9.9 tackles per recreation tied for the FBS freshmen lead and was fourth amongst all SEC defenders. Catalon turned the primary SEC freshman since Tennessee’s Eric Berry in 2007 to put up at the least 86 tackles and three interceptions. In opposition to Tennessee, he recorded 12 tackles and tallied an interception and cross damaged up, claiming SEC Defensive Participant and Jim Thorpe Award Participant of the Week recognition.

Catalon and the Razorbacks open the season at house towards former Southwest Convention rival Rice at 1 p.m. Saturday, Sept. 4, on SEC Community+/ESPN+. Season tickets can be found now and could be bought right here or by calling the Razorback Ticket Heart at (479) 575-5151.