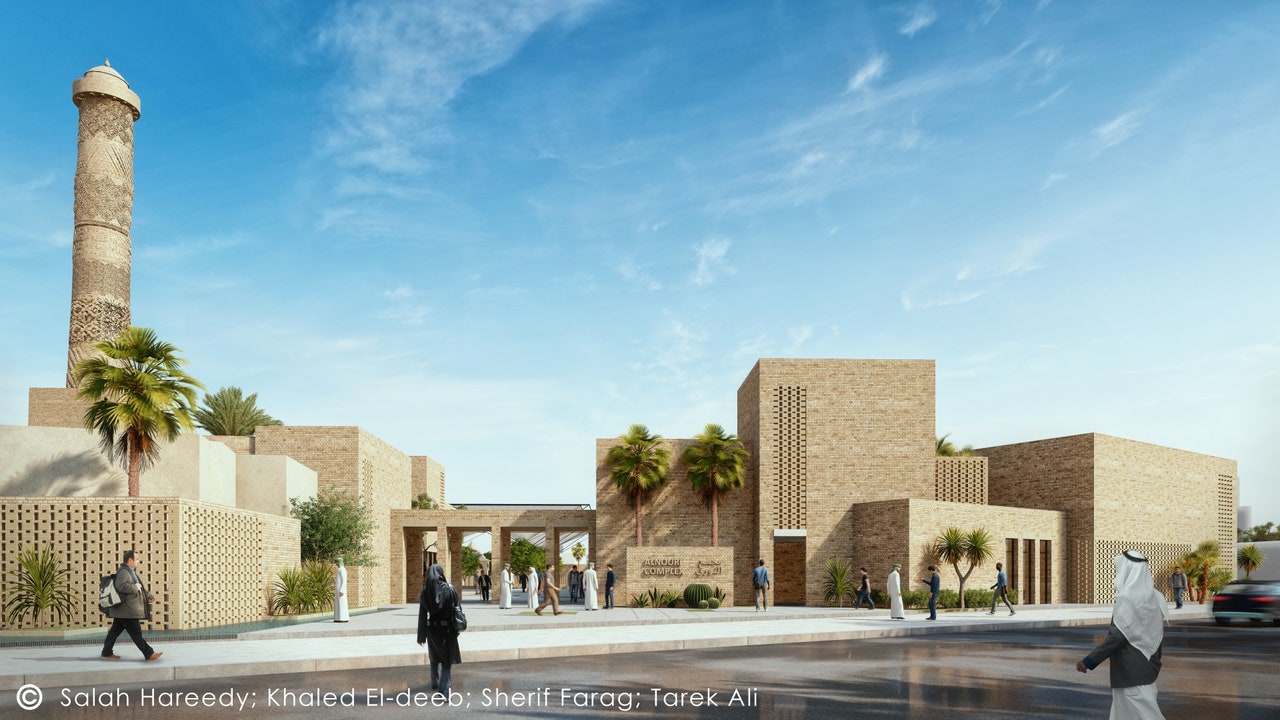 The current announcement of the successful design for the restoration of the al-Nuri Mosque marks an necessary milestone within the rehabilitation of Mosul’s outdated metropolis, in Iraq. The iconic al-Nuri, whose al-Hadba minaret barely survived ISIS’s three-year occupation of Iraq’s second metropolis, has been reimagined by a workforce of Egyptian architects as a collection of open public areas, built-in into the remaining historic constructions. There’s a lot to do right here, because the mosque’s prayer corridor and different key elements have been closely broken in a significant 2017 blast. However in maintaining with the UAE- funded UNESCO program that’s spearheading its restoration ( in addition to that of two outdated metropolis church buildings), the bigger intention of the Al Nouri reconstruction venture — and its novel use of courtyards, water parts and shading to mitigate local weather and scale — is social cohesion and neighborhood restore for Mosul.

The aptly named “Courtyard Dialogues” venture, says the successful workforce, which was awarded a $50,000 prize for the competitors, was impressed by the Quranic verse “…and made you peoples and tribes that you could be know each other…” (Holy Quran 49:13), in addition to by the standard structure of the town of Mosul. Past the challenges of balancing historic structure with up to date wants, the important thing to the design, says architect, professor, and successful workforce member Khaled El-Deeb, was “humility.”

“We didn’t need to impose our imaginative and prescient on the neighborhood,” stated El-Deeb in a cellphone interview in regards to the competitors, which was run collectively by UNESCO, the Sunni Waqf who personal the positioning, and the Iraqi Ministry of Tradition. “We needed to combine it with the encompassing city context.”

Drawing each materials inspiration and typology from the Ottoman-era houses within the space, the mosque advanced—which encompasses a college, a museum, an artwork institute, and a neighborhood middle—employs easy traces and a palette of native brick, alabaster, and glass. Scale and solidity are damaged down through the use of glazing and perforated brick, creating the screen-like really feel of a contemporary tackle lattice-like mashrabiya design.

The principle entrance, in line with the competitors temporary, is now off of al-Farook Avenue—the historic thoroughfare that linked Mosul’s Muslim, Christian, and Jewish areas, whereas 4 new entrances situated at key junctures on the positioning join the bigger neighborhood to the advanced.